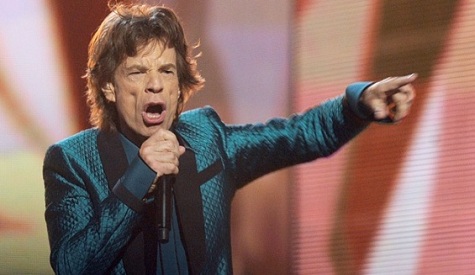 Mick Jagger has announced more news for his Saturday Night Live season finale in a promo with Kristen Wiig. Along with Arcade Fire and The Foo Fighters, Mick will be joined with old friend Jeff Beck on the show which airs this Saturday (May 19th).

Jagger and Beck have known each other since the beginning of their careers, having come up through the London blues scene that centered around the Ealing Club, and Beck even auditioned to join the group after Mick Taylor left in 1975. However, they have not often recorded together. Beck played on Jagger's first two solo albums, 1985′s 'She's the Boss' and 1987′s 'Primitive Cool.' The two most recently performed together in February in front of President Obama for 'In Performance at the White House: Red, White and Blues.'

It is widely believed that Jagger will drop the news of an upcoming Rolling Stones album and/or tour during his appearance after news broke that Stones guitarist Ron Wood is keeping October and November free.