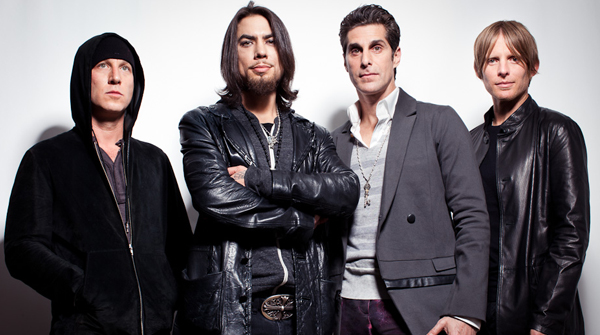 The Elmer Valentine Award at this year's Sunset Strip Music Festival will be received by LA alt-rockers Jane's Addcition.

"It all started for me back when my big brother used to tell me about The Strip, and about the amazing scene where artists like Janis Joplin and Jim Morrison blew people's minds by pioneering a new sound and influencing culture in a more exciting way than ever before. Complete with massive crowds from all over the world streaming through the streets and flocking to The Strip just trying to be part of it all," says frontman Perry Farrell (via Hennemusic).

"So when it came time for Jane's to record our first album we told Warner Brothers that before we could even release a studio record we had to make a live record on The Strip, and we even recorded it at The Roxy, because we knew that it had to embody that inspiration that came from the heart of that scene. We are very proud to come from this heritage and are truly honored by the Valentine Award."

The invite only event will take place on September 20 and 21 at the House of Blues Sunset Strip in West Hollywood, California.