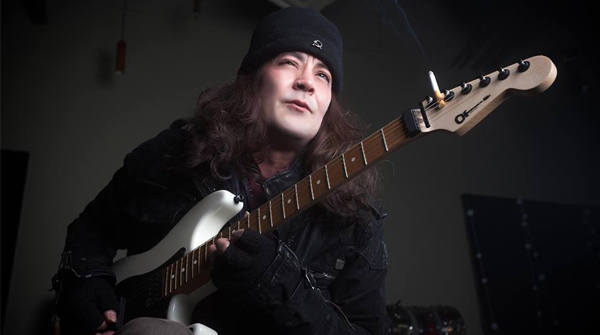 Jake E Lee fans may never get the chance to see the former Ozzy Osbourne and Badlands guitarist again following the completion of his current band's touring commitments.

Lee was speaking with Sea Of Tranquility when he said (via Classic Rock):

"There's an abundance of song ideas – but I'm not guaranteeing that there will be another album. I know the record company hopes there is and the band hopes there is. I just did this as a last hurrah, to see what it felt like to be back out.

"I've had a lot of fun doing it. I miss my home life, though. I don't need this; as long as it's not tiresome or becomes too much of a job, I can see it going on.

"Right now I don't know. If making another record makes me happy then I'll do it. If it becomes gruelling, I'll just stop – and feel reassured in knowing that there's really not going to be a whole big world that'll miss me. Some fans will, and if that's what happens, I apologise to them."

Following a near 20 year absence, Lee returned  earlier this year with Red Dragon Cartel,  who he has released one album with.