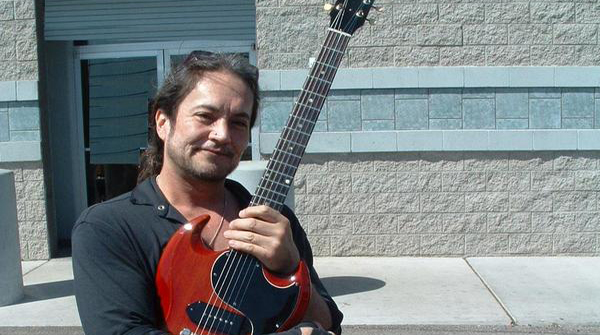 After nearly a decade out, former OzzyOsbourne guitarist Jake E Lee has startedwork on a new album and he is recruiting a singer to front theproject, reports BraveWords.

The new record, which is the first from theBadlands founder since 1998's'Dusk' LP, will feature a selection ofrock & metal names with guest appearances by RobinZander (Cheap Trick), Paul Di'Anno(Iron Maiden), Maria Brink (InThis Moment), with many other big names looking to takepart.

Jake has now launched a worldwide search for the new vocalist whowill perform on at least one track on the new album and will alsojoin him on tour.

Criteria: Must be capable of singing a couple of OzzyOsbourne and Badlands songs, plus tracksfrom Lee's new album while still having a strong enough identity tobe able carry the band into the future, as Jake will head straightback into the studio after the touring to begin a new album withthe new band.

What to do: Send an email to Ronnie@HideoutLV.com containing anMP3, or a link to an MP3 of yourself singing a Ozzy Osbourne orBadlands song. Then submit one other song or video of your choosingthat you feel best represents who you are as an artist. Listen toBadlands' 'High Wire' to see the range required for this gig. Onlythose vocalists that really fit what Lee is looking for will becontacted with further instructions.