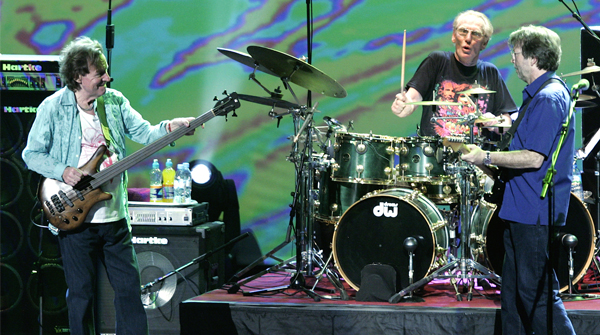 (PRESS RELEASE) "The Cream of Rock History": Until Tuesday, September 29th an auction will take place at the traditional London auction house Sotheby's in London, under the promising title "Rock & Pop", where – among other things – five bass guitars of 2014 deceased bassist Jack Bruce (Cream) will be auctioned.

In addition to personal items that belonged to Jack Bruce, there will be his Warwick basses. Jack’s favourite Warwick Thumb Bass Fretless from 1993, which value is estimated 80,000 to 100,000 British Pounds, 115,000 to 144,000 Euros, or 125,000 to 156,000 US$. This was one of two standard bassesJack playedduring the last 20 years of his career. Jack played this Warwick Thumb Bass Fretless at the legendary Cream Reunion Concert in 2005. This bass guitar is one of the most valuable exhibits. In total, five Jack Bruce Warwick basses (four Thumbs and one Signature) are auctioned at the Sotheby's"Rock & Pop" auction.