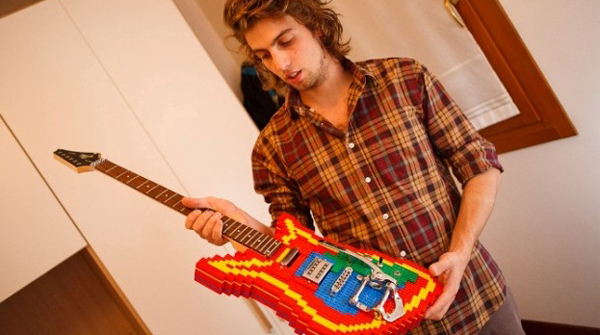 An Italian Lego enthusiast has built a guitar entirely out of Lego bricks.

Nicola Pavan of Pavan Wood Works, who is currently studying to become a Luthier in Milan, replicated a working electric guitar inspired by the design of a Fender Jaguar.

"You might be thinking that under that layer of Lego there is some type of wood that forms the support,” he writes on his official site, translated from Italian.

“But you are wrong. The body is made entirely out of Lego and without any kind of glue between the various blocks.”

Aside from the strings, neck, and electronics, the entire thing is made out of the colourful building bricks. In all it took Pavan six days to finish the guitar and the young Luthier student only used some glue and some screws to hold the model together.