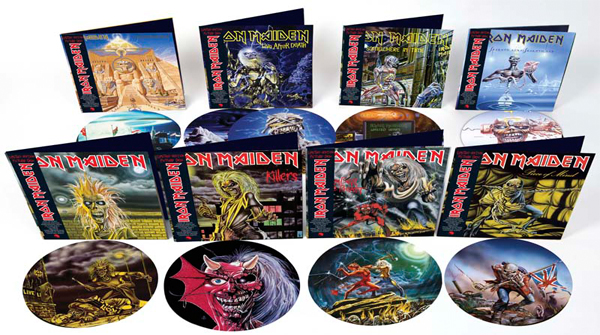 Now the East London metal elders have announced they willrelease a limited edition run of vinyl picture disc reissueeditions of their most seminal albums such as 'IronMaiden', 'Killers','The Number of the Beast','Piece of Mind','Powerslave', 'Live AfterDeath', 'Somewhere In Time'and 'Seventh Son of a Seventh Son.'

'Iron Maiden' and'Killers' will both be released onOctober 15 with 'The Number Of The Beast'and 'Piece Of Mind' following closely inNovember. 'Powerslave' and double-disclive album 'Live After Death' will comenext year in January 2013 and 'Somewhere InTime' and 'Seventh Son Of A SeventhSon' will follow in February. All will be releasedvia EMI.