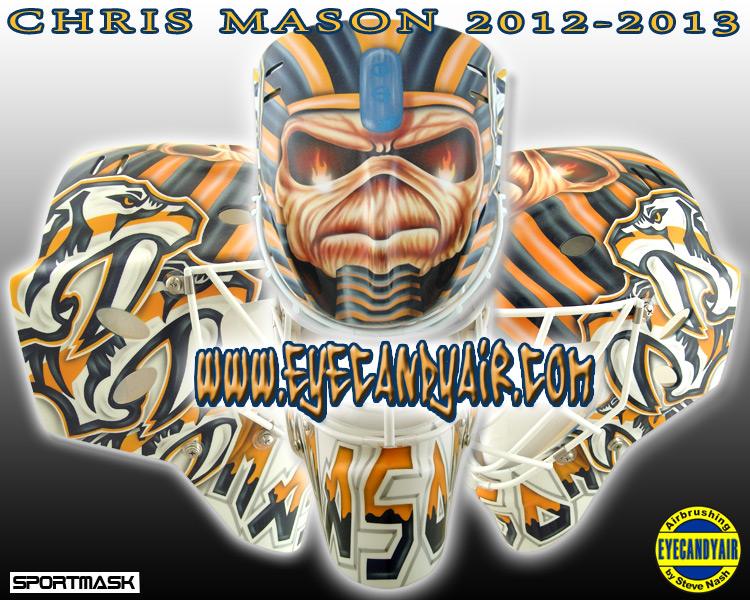 Mason's move from the Winnipeg Jets to the Nashvillefranchise last weekend meant new gear was in order, so the goaliehooked up with Steve Nash of EyeCandyAir. 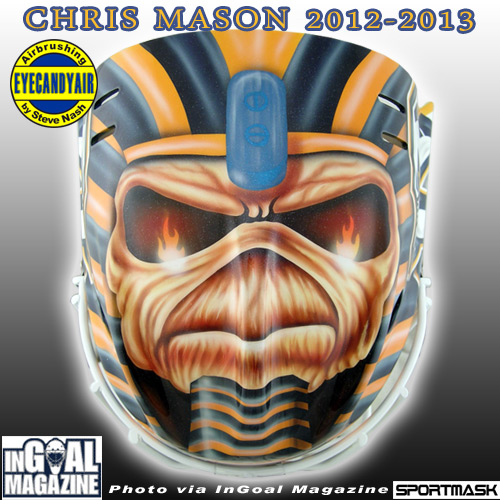 In fact, the Eddie in question is from the Egyptian-themedcover of the band's Powerslave album, which also produced thesingle Aces High and corresponding Eddie included on last year'smask. It's a theme that works perfectly because the album coverswere created originally by artist Derek Riggs, who has inspired themask's artist, Steve Nash, throughout his own career.

Mason's name is featured in the Maiden font across the front,which also features three Predators logos. The top of the mask hasa full facial shot of Maiden mascot Eddie in allhis "Powerslave" glory, while the backplate pays tributeto the city of Nashville.