Iron Maiden's Bruce Dickinson Has "No Interest" in Headlining Glastonbury 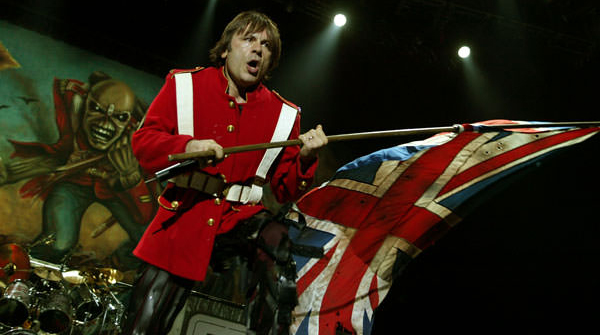 Bruce Dickinson has stated that Iron Maiden will never headline Glastonbury festival, whilst delivering some rather disparaging remarks about the Worthy Farm event.

Dickinson was talking to the Daily Star when he said:

“Personally I have no interest in going to Glastonbury. In the days when Glasto was an alternative festival it was quite interesting. Now it’s the most bourgeois thing on the planet.

"Anywhere Gwyneth Paltrow goes and you can live in an air-conditioned yurt is not for me."

The frontman also claims that the BBC send "thousands" of workers to cover the festival and adds:

"They can't be arsed to turn up to Sonisphere or Download with a camper van and a hand-held."

The vocalist and pilot continues:

"We’ll leave the middle classes to do Glastonbury – and the great unwashed will decamp to Knebworth, drink a lot of beer and have fun.”

In related news Dickinson has revealed he will take part in a World War I dogfight re-enactment in the sky above Soniphere hours before Maiden perform.