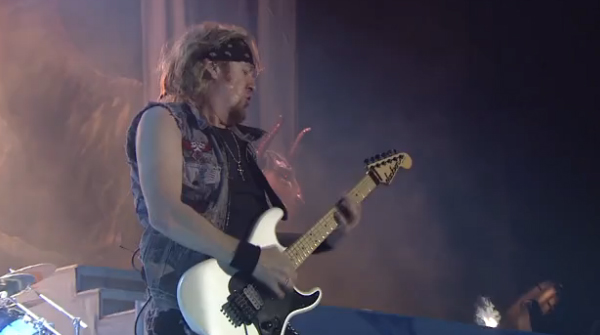 The sold-out Maiden England tour kicked off in May earlier this year and took in dates across Europe culminating with two shows in London at The O2 Arena. The tour was in celebration of the 25th anniversary of hitting the road in support of their seventh album 'Seventh Son Of A Seventh Son.'

The album itself will be celebrated at an upcoming charity event which will take place on September 28 and 29. Metal journalist Dom Lawson will present a vinyl playback of the record while also showcasing material that inspired its creation. The event, which is apart of the Classic Album Sundays event series, will take place at the Old Vinyl Factory in Hayes. All proceeds will benefit the War Child charity.