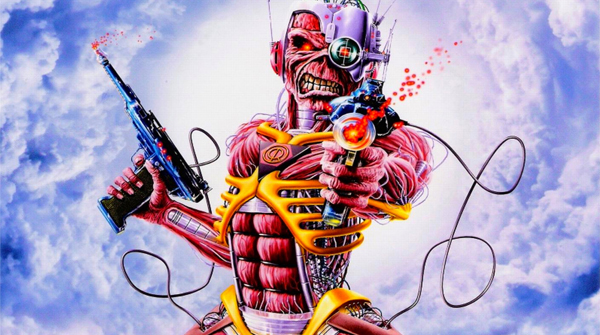 Album artwork designers have always played a key role in helping to mould an artist's brand or image, even in the digital age of today.

Whether it'd be relative new comers such as Stanley Donwood, Radiohead's in-house artists since 1995 or the legendary Storm Thorgerson, album designers can be as loved by music fans as the band themselves.

None so more than Derek Riggs, who is the self taught master visionary responsible for Iron Maiden's iconic designs, who is the subject of a new online petition by ardent fans who want him brought back on board as the band's artists.

He says: "Derek Riggs' artwork and visual direction is second to none. Many fans view his artwork to be as influential as the music Maiden produces. Things haven't been the same since he stopped being their exclusive artist – so we plead with the band to bring him back for any future artwork needs."

Riggs had designed every album cover from the band's 1980 self-titled debut until 1990's No Prayer For The Dying, before his contribution was cut.