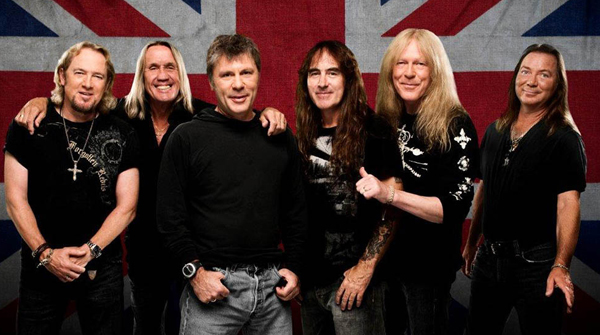 Iron Maiden are to receive the O2 Silver Clef award for their "outstanding contribution" to UK music.

The metal elders were unveiled as this year's winners during an exclusive event by music therapy charity Nordoff Robbins in The Club at London's Cafe Royal. The event marked 40 years of the charity.

"Nordoff Robbins is an exceptional charity and their dedication to changing people's lives through music therapy is something we all very much support," said the band in a statement.

"We're extremely proud to receive the O2 Silver Clef Award and be part of the 40th anniversary event celebrating this wonderful achievement."

More awards will be given at the O2 Silver Clef Lunch on July 3 at London's Grosvenor House Hotel.

In related news Iron Maiden have confirmed that a 16th studio album is complete. The as yet-untitled new record is scheduled to be released over the next couple of months.

Drummer, Nicko McBrain recently told Gater 98.7FM that the band's new album album is "ready to go" and that they're waiting until Dickinson is "up and running" before the album is released.