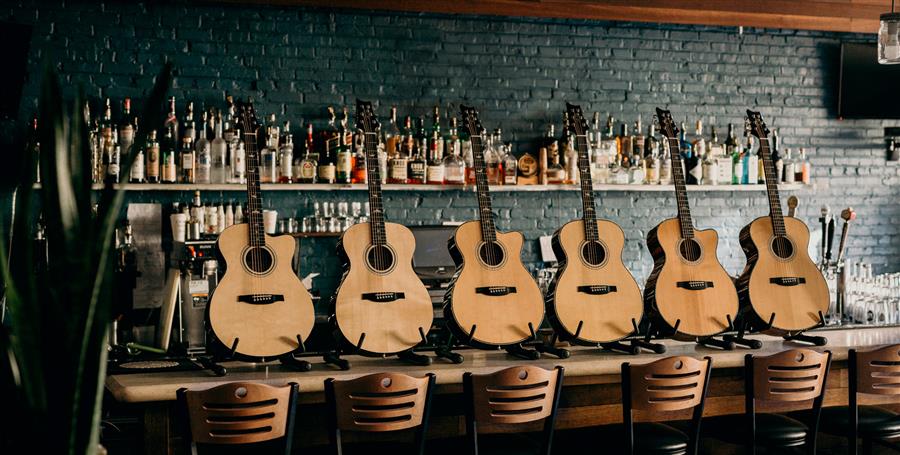 (STEVENSVILLE, MD) January 9, 2018 – With six all-new models, PRS Guitars 2018 SE Acoustic lineup gives players a wider selection of feature sets than any other acoustic offering in the company’s history. No matter what you’re looking for in an acoustic instrument, the 2018 PRS SE Acoustics have you covered.

"These are tools to do a job. There are different situations that you would use them in, so we’ve tried to make these instruments everything they can be for writing, rehearsing, performing, recording, or just trying to unwind at the end of a hard day. They are tools to do a job, and I think they do it all very well,” Paul Reed Smith.

“At a recent demonstration with three local musicians, each person had a different personal favorite model, which we loved seeing,” Jack Higginbotham, COO. “We have taken great care in designing this series to deliver PRS benchmark quality, playability, and tone. The details found in these six guitars give players some great options.”

Acoustic wood choices help determine a guitar’s fundamental tone. The 2018 line up of PRS SE acoustics feature mahogany, ovangkol, and maple back and side woods – all paired with solid Sitka spruce tops – each one offering its own flavor. That flavor is further developed by the guitar’s body shape and bracing style.

PRS offers two acoustic body shapes: Angelus Cutaway and Tonare Grand, meaning “Angel” and “Thunder” respectively. These shapes provide comfort and a familiar feel for players and are both well suited for playing fingerstyle or with a pick.

The bracing pattern of an acoustic also significantly contributes to its voice. 2018 PRS SE Acoustics come with either traditional “X” bracing or PRS’s hybrid “X”/Classical bracing. Traditional “X” bracing allows the top to vibrate while providing a stability that gives these instruments their signature punch. PRS Hybrid bracing features the traditional “X” at the soundhole with classical fan bracing across the belly. This allows the top to vibrate more freely for a rounder, more projecting tone. The back bracing on both body shapes is designed to “lock down” the back and sides to promote the instrument’s projection through the top, giving the instruments a unique tonal quality.

The SE AX20E and SE TX20E (Angelus and Tonare body shapes, respectively) feature mahogany backs and sides with solid spruce tops for warm, balanced tone. Braced with tradition “X” bracing, these models have a punch that stands alone beautifully or cuts through the mix.

The SE A40E and SE T40E pair ovangkol back and sides with a solid spruce top for full, lush tone. Braced with PRS hybrid“X”/Classical bracing, these models have a voice projects with breathtaking volume and delicate nuance.

The SE A50E and T50E marry maple back and sides with a solid spruce top for stunning warmth and depth. Braced with PRS hybrid“X”/Classical bracing, these models have an uncommon 3-dimensional character for guitars with maple backs and sides.

All 2018 PRS SE acoustics feature a Fishman GT1 electronics system, featuring an undersaddle pickup and soundhole mounted preamp with easy-to-access volume and tone controls. The Fishman GT1 pick up system delivers dynamic, organic tone and allows players to take this guitar from rehearsal to the stage with ease.