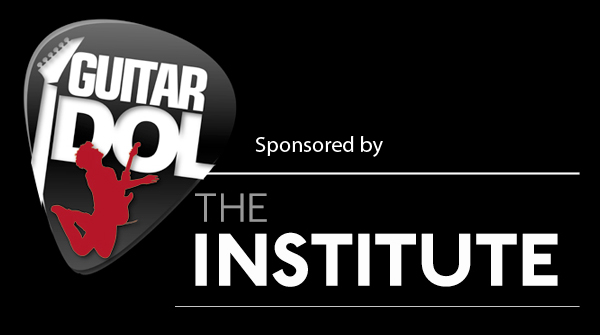 The Institute of Contemporary Music Performance is pleased to announce that it will once again sponsor the amazing Guitar Idol Final.

Now in its 4th year the Final will take place at Electric Live as part of the London Acoustic Guitar Show at Olympia Conference Centre on Saturday 13th September 2014.

The 2014 competition began in June, and saw guitarists from all over the world submit online videos, with over 3 million votes from all around the globe being cast to select the eight finalists who will compete at the live Final to win prizes from a selection worth over $20,000. Judges include Doug Aldrich, Paul Gilbert and Institute’s tutor Martin Goulding, who has been involved in the competition since its first year, and is a columnist for Guitar Interactive Magazine.

The finalists will be accompanied by Institute tutors Ben Jones, on Bass (who will also MD the sessions) and Gareth Dylan-Smith (Senior Lecturer) on Drums with rehearsals for the final will take place at the Institute’s north London campus. Institute alumnus Michael Tillotson, who took the Institute’s BMus Degree course in 2008, will be one of the finalists vying for the title of Guitar Idol 4.