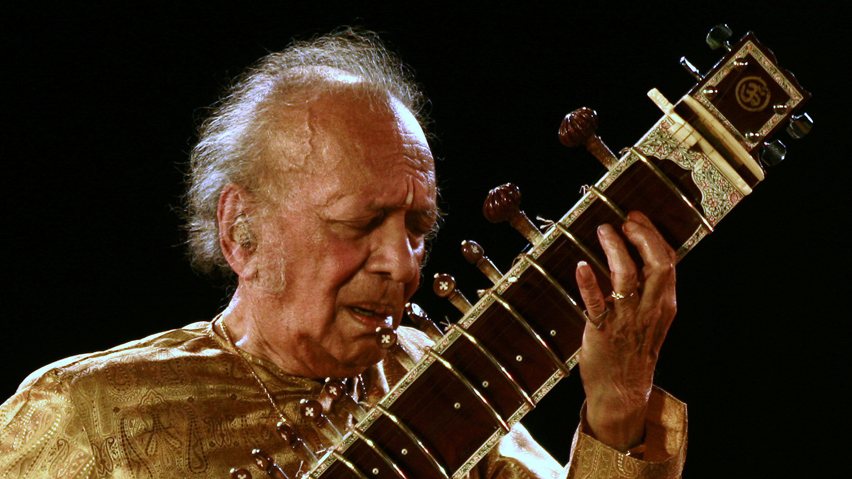 Indian Sitar legend Ravi Shankar has passedaway at the age of 92 after a short illness.

The Indian 'national treasure' had been admitted to theScripps Memorial Hospital in San Diego last week, but unfortunatelyShankar failed to recover fully from surgery.

The father of singer Norah Jones, Shankar was renowned forteaching The Beatles' George Harrison how to play the Sitar and wasinstrumental in introducing Indian music to West. Harrison oncecalled him the 'godfather of world music.'

In a statement quoted by Reuters, Shankar's wife Sukanya anddaughter Anoushka said he had recently undergone surgery whichwould have 'potentially given him a new lease oflife.'

'Unfortunately, despite the best efforts of the surgeons anddoctors taking care of him, his body was not able to withstand thestrain of the surgery,' they said.

'We were at his side when he passed away.

'Although it is a time for sorrow and sadness, it is also atime for all of us to give thanks and to be grateful that we wereable to have him as a part of our lives. He will live forever inour hearts and in his music.'

A number of musicians have taken to Twitter to pay tribute toShankar.

'The great Ravi Shankar has left the building. An amazingtalent and the maker of a beautiful sound' TimBurgess wrote.

'I'm very sad to hear of the death of ?#ravishankar. Abeautiful, worldly man with warmth and talent. I bet George ishappy to see him again.'