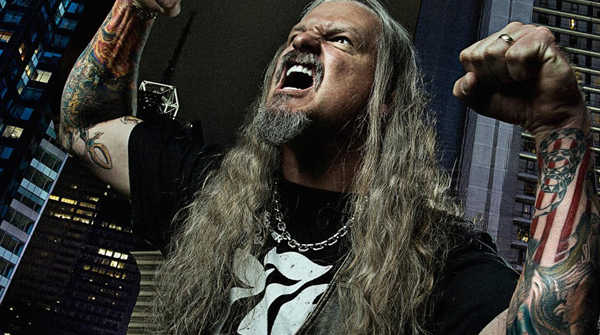 The frontman -  and last remaining original of the Florida prog metallers - had an operation last year to repair a long standing problem in his neck which subsequently forced the band to cancel a number of shows.

However with Schaffer now on the mend , the Iced Earth are expected to begin writing their 12th album, tentatively titled The Judas Goat.

“The recovery after this surgery has been more difficult than the first time around in 2000. Although there have been a few setbacks, I am confident that I’m ready to resume my duties in Iced Earth, directing my full attention to the creative process, production, and touring future of the band.

“We are looking forward to songwriting and getting back in the studio. The creative direction of the new album is rife with intense and heavy emotions, as one would expect from an Iced Earth record, as well as a wide variety of lyrical inspirations and themes.

“I am 100% confident that the bond our band has forged in these last several years will shine through in the music. It’s a brotherhood in every way, and the fans will feel that. I couldn’t be more proud of these guys and everything we’ve achieved together.”

In related news Schaffer and his Iced Earth cohorts plan to launch a wide ranging tour in 2016.