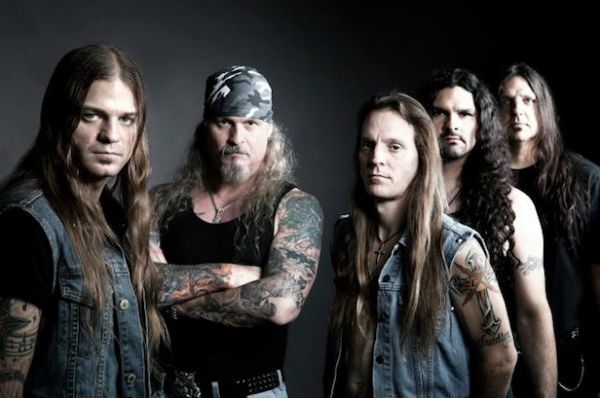 Florida power-metallers, Iced Earth have announced yet anothernew member to their ever-changing line-up along with details of anew live DVD.

Bassist Freddie Vidales, who only joined the Jon Schaffer ledoutfit in 2008, has been replaced by Fury UK's Luke Appleton.

Iced Earth have just completed shows in Shanghai and Beijing andhave announced even more dates to their already massive WorldDystopia tour with shows in India and Cyprus, both of which willfeature on the band's upcoming new live DVD.

"The decision of where to do the next IE live album and DVD wasnot an easy one.  We have experienced so many amazingaudiences around the world that we really wish we could film themall.  However, the electricity and atmosphere of the firstshow in Cyprus was so killer that we are convinced this is the bestplace to do our next DVD.  Who knows what the future holds?There will be many more albums and touring cycles...your city maybe next!", says Jon Schaffer