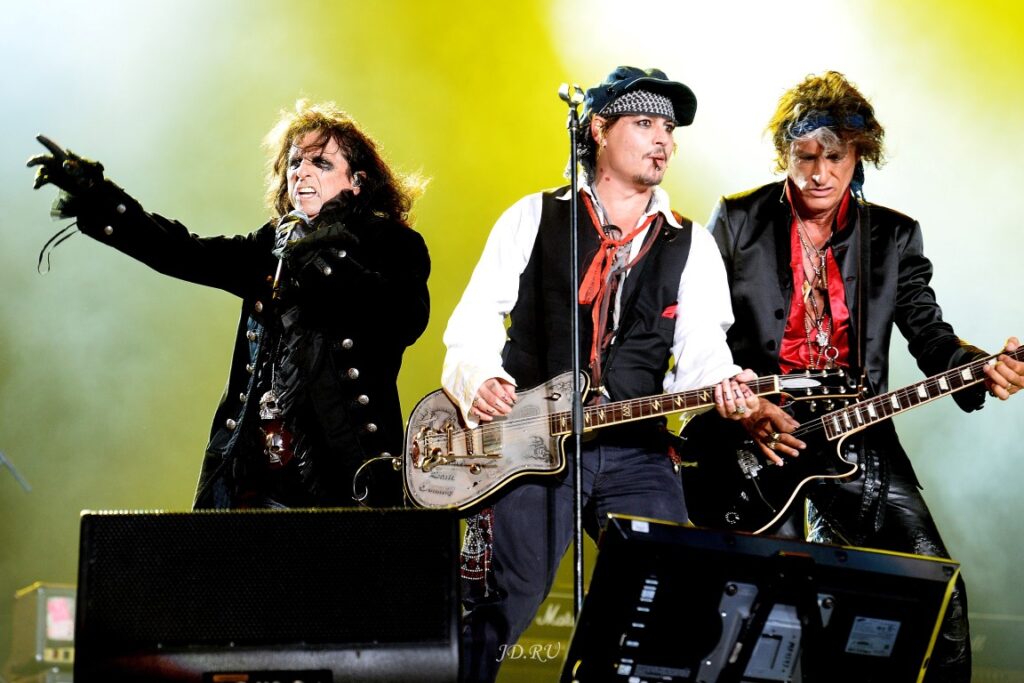 Joe Perry hwas rushed to hospital after collapsing off stage during a Hollywood Vampires gig at the Ford Amphitheater in Coney Island last night (Sunday).

According to reports (via Page Six) the veteran guitarist, who is now in a stable condition, was performing with his super-group side project but was forced to leave the stage mid-song after appearing to have difficulties playing.

"He had to sit on drum kit and then went behind a small wall and passed out," a concertgoer wrote on Instagram, adding that "FDNY and NYPD carried him off quickly."

Hollywood Vampires founder, Alice Cooper, later halted the concert to address fans and reveal that Perry had not been feeling well prior to the show.

"If you notice one of our brothers is not onstage with us, he was very sick before the show,'" Cooper said, according to one concert attendee.

Page Six reported that Perry suffered a cardiac arrest at approximately 9:30 p.m. The Aerosmith man was then taken to Coney Island Hospital, where he was reported to be in stable condition.