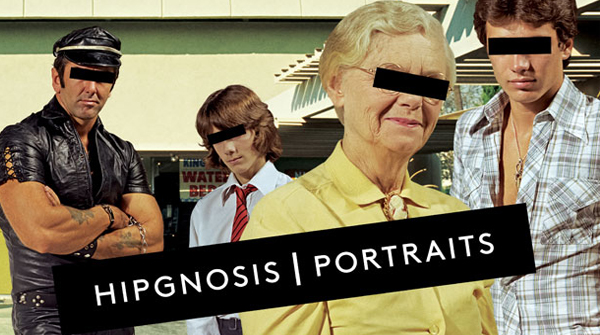 As a company, design agency Hipgnosis were responsible for some of the most alluring and surreal album artworks of 1960s, 70s and early the 80s. Working with musical giants such as Pink Floyd, AC/DC, Black Sabbath, The Who and Peter Gabriel amongst many others.

The book delves deep into the Hipgnosis archives to uncover 156 negatives that laid untouched in an old file for 43 years plus original and unused ideas including the 1973 design for The Rolling Stones' "Goats Head Soup".

"Well, Hipgnosis worked as an art house. Storm and I were the main designers for that company — but we employed other people to cop me and work with us. And so, when we wanted something done, it had to be done in our way; exactly right, but we couldn't do everything. I mean, I'm not an illustrator, I'm not a guy who does graphics; I'm a guy who looks through a camera and knows about composition, and with Storm, knew what a great idea was. So, we had to share the load. So we began to creative our own style."

'Hipgnosis Portraits' is split into two sections, Imaginations which features and tells the story behind each artwork while Realisation showcases band portraits, including previously unseen images of Syd Barrett, Paul McCartney, Led Zeppelin and more.

"Hipgnosis Portraits" by Aubrey Powell is published by Thames & Hudson.