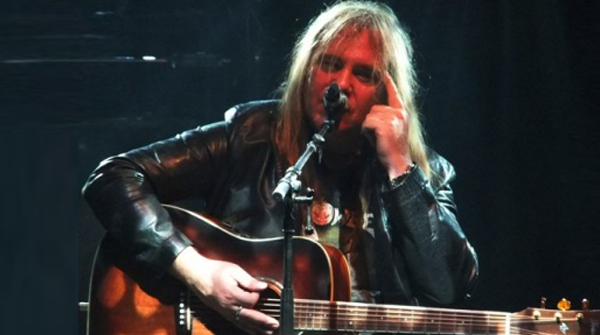 A new interview with Helloween's AndiDeris as revealed that the German power-metalfrontman is currently working on a new solo album.

Below you can read an excerpt from Deris interview with MetalForce Magazine (via Bravewords) inwhich he discusses his third solo album, which at present has theworking title of Million-Dollar Haircuts On Ten-Cent Heads.

"I hope to be ready somewhere in May or June, and take it fromthere," he reveals. "I will probably release it throughJVC in Asia, and probably through Edel Music in the rest of theworld. We just finished the drums. They sound great, but drumsdon't make a record. I know that the ideas are very good. It's muchharder than you would expect from an Andi Deris soloalbum, but it's not SLIPKNOT or something like that. It's somewherein between (laughs). I would describe it as hard rockmeets metal or metal meets hard rock, any way you can turn andtwist it (laughs). The truth is somewhere in the middle. It'smodern hard rock with metal influences."

Head to www.metalforcesmagazine.comfor the complete interview.