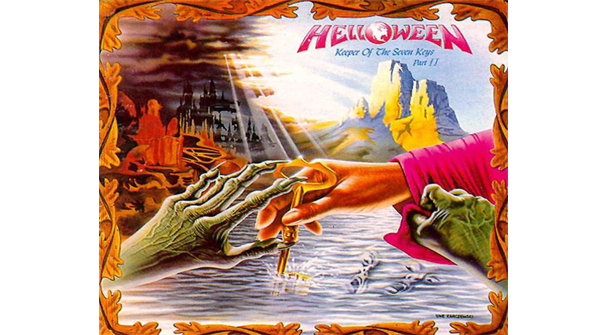 In the short clip vocalist Andi Deris announces that the band'snew album will be released in early 2013 and will supported by anextensive world tour.

The band, which was founded in 1984 by members of Iron Fist andPowerfool, have been in talks with a view of reforming their'Keeper of the Seven Keys' lineup which included Michael Kiske& Kai Hansen along with long term members Michael Weikath andMarcus Grosskopf.

"Right now we are busy with finalizing the songwriting process andare getting ready to take the accumulated ideas into a finalselection for the new record. Everybody in the band is excited andeager to take what we have worked on so far to the nextlevel."

Helloween formed in 1984 in Hamburg, Germany and have released 15albums, however it was their second and third studio albums 'Keeperof the Seven Keys Pt 1' & 'Pt 2' which gave the band their muchdeserved notoriety.