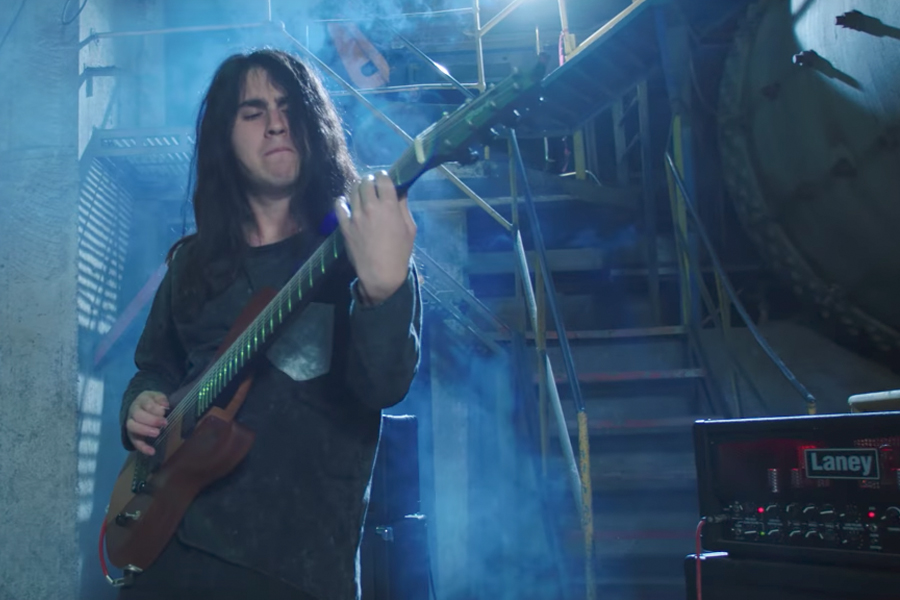 After shredding around the world for nearly a decade, guitar prodigy Hedras Ramos is thrilled to announce the release of new, original material, including the new video single, “Lobotomy” and a full studio album of original compositions. Inspired by his travels and the many artists he has met, Ramos has teamed up with players from around the globe for this playthrough video from his upcoming album The Impressionist. These recordings showcase Ramos’s solid virtuoso guitar and his ability to unite some of the most talented musicians in the progressive rock and heavy metal genres.

True to the title “Lobotomy,” Ramos delivers heavy riffs, blistering licks and mind-blowing tapping sequences on this track. It’s just one of 10 original compositions—nine instrumental and one with vocals—on “The Impressionist,” an album that offers an exciting blend of modern progressive metal with deep harmonic ideas that open the space for improvisation and a unique melodic voice. The album is being mastered by Australian engineer Ermin Hamidovic, who has mastered other respected prog rock acts, including Animals as Leaders, Periphery and Australian band Plini - who will join Ramos on this album.

At just 25 years old, Guatemala City native Hedras Ramos is quickly earning a reputation as a leader among the next generation of guitar heroes. A winner and finalist in multiple international competitions, he is the only Latin American guitarist with 20+ endorsements from companies on three continents. In early 2016, Ramos was honored to be chosen as the campaign image for the Super Cola brand, Guatemala's own response to Pepsi and Coke, which launched a nationwide campaign in Guatemala that included the distribution of more than 8 million cans of soda as well as billboards all over the country. It was the first time a musician received this recognition that’s usually reserved for athletes.