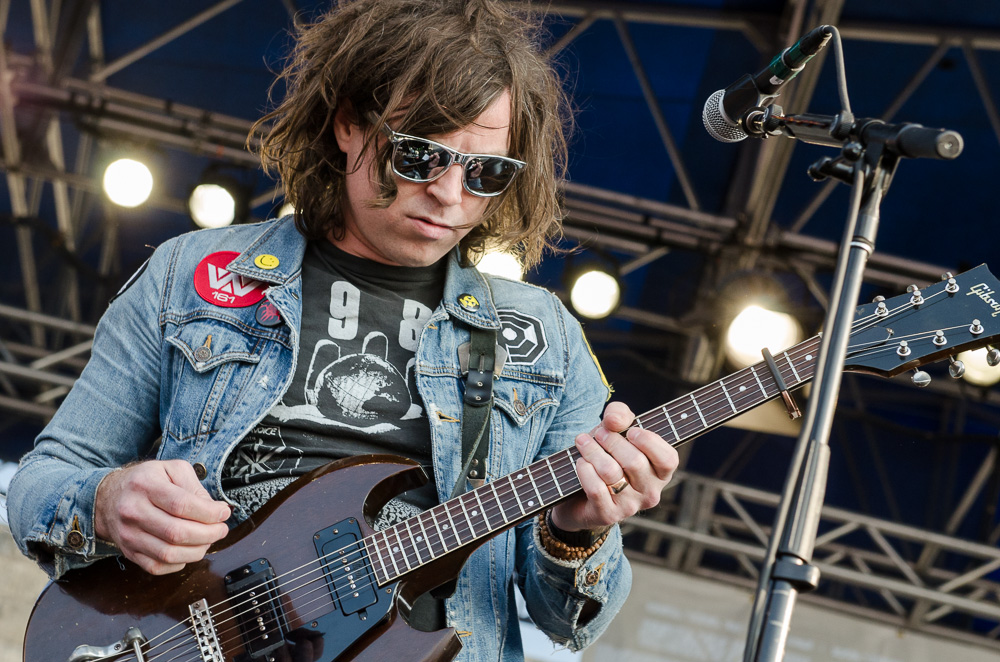 Ryan Adams treated fans in London Thursday night to an exclusive acoustic play through of his entire (except Shiver and Shake) forthcoming album; 'Prisoner.' ahead of its official release next month.

As a lover of vinyl and avid record collector, the event, held at East London independent record store, Rough Trade was the ideal location for Adams. However, the intimate setting meant that only a couple of hundred fans were able to attend, leaving many more queuing by the door in the hope of a last minute cancellation.

Picking up from his self-titled 2014 release and the string of EP's that have followed in 2015 and 2016 these new songs fit perfectly and appear to be a continuation of a theme that doesn't look to be slowing anytime soon for the 42-year-old.

"Here are some songs about my feelings", a seated Adams whispered to the crowd before opening the show with "Do You Still Love Me?." The announcement and song that followed set the tone for what would be a dynamic and emotional set from Adams, fueled by the raw nerves of his recent past that have clearly inspired these new songs. So much so, that when speaking to the audience about an interview from earlier that day, he suggested a few hours of electric shock treatment as an alternative to breaking down the specific meaning behind the tracks on this record.

With "Tightrope", "Breakdown' and "Outbound Train" Ryan seemed to be coming into his own, (especially the latter) entirely using the intimate space of the venue to full effect during the tracks powerful chorus. With a scheduled time of 45-miniutes, it seemed like he was about to bring the show to close. However, he continued to play for another 40 minutes, which included the remainder of the upcoming album (minus Shiver and Shake) and the as of yet unreleased "Was I Wrong"

By his own admission, the songs on this record focus on a dark and moody theme. On the closing of a chilling performance of the album's title track, Adams stated; "God these songs are fucking bleak" before elaborating; "I made a deal with Robert Smith. Just give me your leftover stuff, and I'll just sing it in a slightly southern accent." An agreement that's so perfect, it could actually be believed.

As is customary at a Ryan Adams show, the performance is usually topped off by a heartfelt cover, and this was no exception as Adams took on Bruce Springsteen's 1993 hit Streets of Philidelipha.

Do You Still Love Me?
Doomsday
Haunted House
Tightrope
Breakdown
Outbound Train
Prisoner
Broken Anyway
We Disappear
Was I Wrong
Still a Cage
To Be Without You
Rats in the Wall (1984)
16 Days (Metal Version)
Streets of Philadelphia (Bruce Springsteen cover)

You can see the performance in the video clip below.