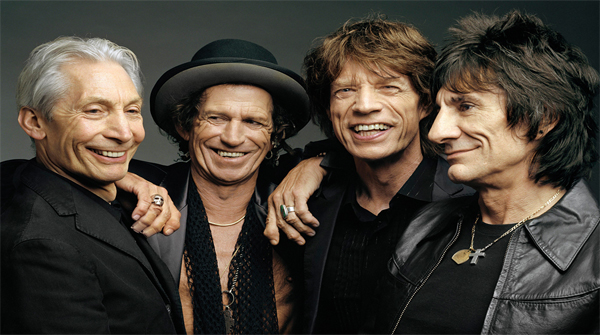 As the Rolling Stones' 50th Anniversary looms a brand new HBOdocumentary set to air this year has been announced.

The Stones gave their full cooperation to the film which hasbeen directed by Brett Morgan and has the full involvement of bothpresent and past member of the rock icons.

"This is all done as part of the band's 50th anniversary. Thisdocumentary has the full involvement of the four current bandmembers, Mick, Keith, Charlie and Ron, as well as the former bandmembers Bill Wyman and Mick Taylor."

He continued: "We'll follow the band from their early club daysthrough their arrival as the greatest band in the world."

'The Kid Stays in the Picture' director Brett Morgan helmed theproject. "Nobody has put the story together as a narrative," Hetold Rolling Stone back in March. "We've been looking under everyrock, going through their archives. It will be music never heardbefore, and I've conducted 50-plus hours of interviews so far. Bythe time we're done, they will be the most extensive groupinterviews they've ever done."

HBO are yet to announce an exact date as to when the documentarywill air.