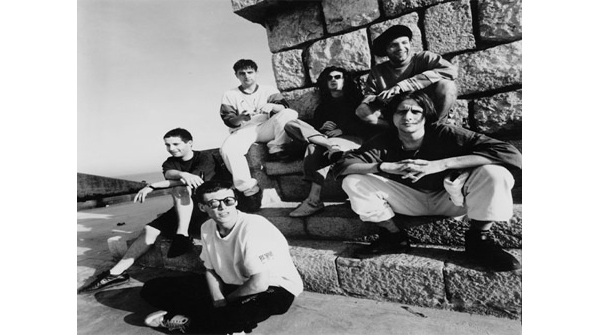 The newly reformed Happy Mondays have revealed they've begunrecording a new album, according to NME.

The original line-up of Shaun Ryder, Paul Ryder, Gaz Whelan,Mark Day & Paul Davis as well as Rowetta Satchell are allworking on material for the new LP.

The band's manager broke the news, he said:

"Yes, we are now planning to record a new album, after the successof the tour and with the band all getting on so well. Shaun hasbeen writing and the band have been getting together in the studioputting ideas down. I'm sure it will be a great Happy Mondaysalbum."

Whilst frontman Shaun Ryder told the Daily Star: "At first therewas no chance of the original line-up doing another album and thenit went to maybe and now it's definitely gonna happen." Now ittranspires that work has already begun."

The band have released five albums in total since their inception,'Squirrel And G-Man Twenty Four Hour Party People Plastic FaceCarnt Smile (White Out)', 'Bummed' and 'Pills 'N' Thrills AndBellyaches' before disbanding in 1992 after releasing 'Yes Please!'They then returned in 2007 with 'Uncle Dysfunktional.'