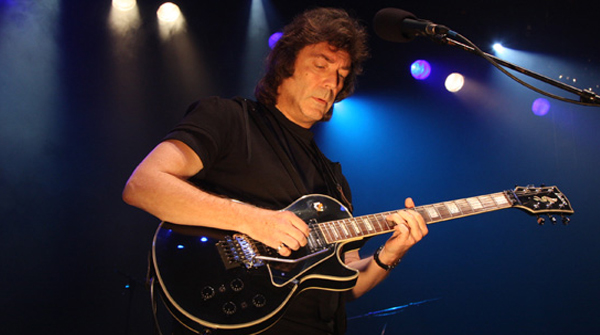 Steve Hackett has taken to Twitter in order to quell rumors of an original lineup Genesis reunion.

Although the prog-rock guitar icon remains open to the idea, he insists that there are no plans in place.

Hackett sais via Twitter: "To my knowledge there are no plans for a Genesis reformation including the five of us. We only met to be interviewed for the documentary.”

In a later tweet, he adds: "Yes I'm always open to the possibility of a reunion and I hope the others are too, but it's not currently on the table.”

Frontman Peter Gabriel recently told Rolling Stone he thought there was “a small chance” of a reunion, although he added “but I don't think it's very high.”

In related news, after an unforgettable 2013, Steve will be rewarding his loyal fans with a UK leg of his Genesis Extended world tour, which hits the UK in October and sees the return of Nick Beggs on bass.

The show will once again feature seminal tracks from the 'Genesis Golden Era', some of which were not included on the Genesis Revisited tour.