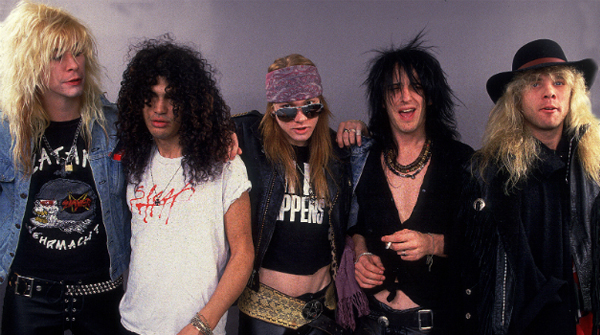 Will the original Guns N' Roses lineup ever take to the stage together again? A former manager of Axl Rose's believes it could happen, possibly within the next two years.

The prediction by Craig Duswalt, who recently released his memoir, 'Welcome To My Jungle', came when he was being interviewed on ABC News Radio. Duswalt believes that Duff McKagan's recent return to the fold to fill in for Tommy Stinson could be the start of an eventual full-on 'classic lineup' reunion.

“Duff is paving the way to open the gates again,” Duswalt says. “Axl and Duff are really getting along well at the concerts, so there’s an opening.”

However, despite Rose and McKagan relationship appearing to be once again back on track, Duswalt realises that the process needed for Rose and Slash to make amends will be more complicated.

“About five years ago, Slash went to Axl’s house one day, and Axl didn’t want to see him. We [had] thought for a while yes [a reunion could happen], but then it just got ugly again and we thought, ‘There’s no way.’”

“for a fact I know they hate each other right now. It’s bad. Axl is a loyal guy and you get on his bad side and some people don’t come back, but Slash and him were so close. We [in the old-school Guns camp] all have a feeling it will happen. It’s gonna happen in the next two years…there’s an opening because of Duff playing with Axl.”

Craig Duswalt was Axl Rose's personal manager during Guns N' Roses' ill-fated 'Use Your Illusion' tour which ran from January 1991 to July 1993. The tour was the band's last time on the road together and Duswalt witnessed firsthand the trials and tribulations which eventually led to Rose and Slash falling out from which they never recovered.