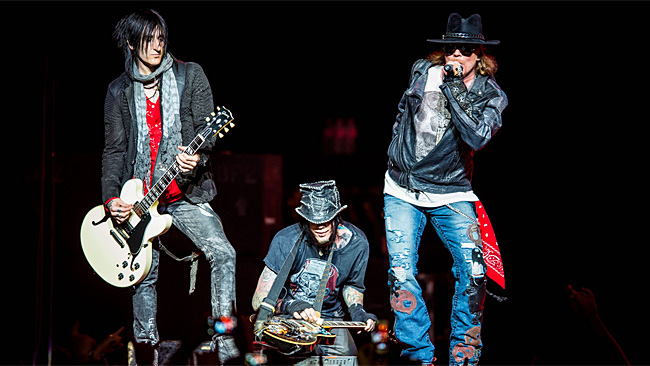 A spring tour of South America has been announced by hard rock veterans, Guns N' Roses.

The 10-show run will kick off with a headline slot for Axl and co at the Hell & Heaven Metal Festival in Feria De Texcoco, Mexico, in which G N'R will perform the second night of the event.

The band, which now consists of Axl Rose, Dizzy Reed, Tommy Stinson, Chris Pitman, Richard Fortus, Ron "Bumblefoot" Thal, Frank Ferrer and DJ Ashba, last performed together in the summer of 2013 at a 9-date series of US concerts.

Venues and ticket are yet to be revealed.

See below for dates - 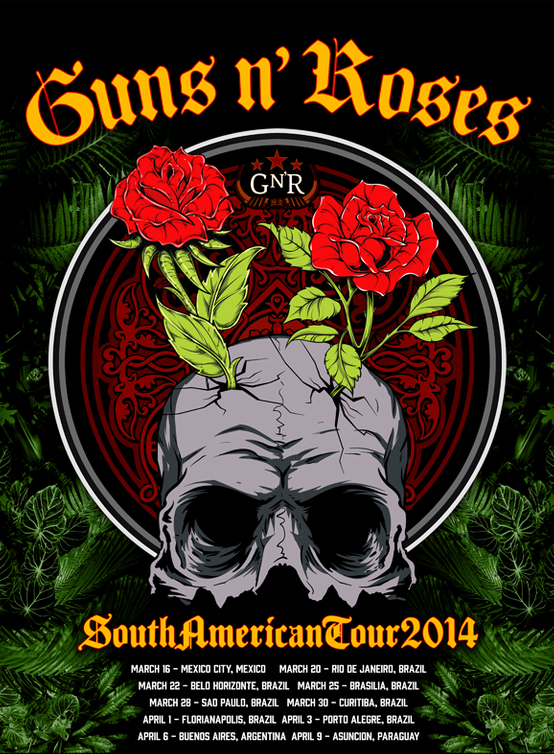