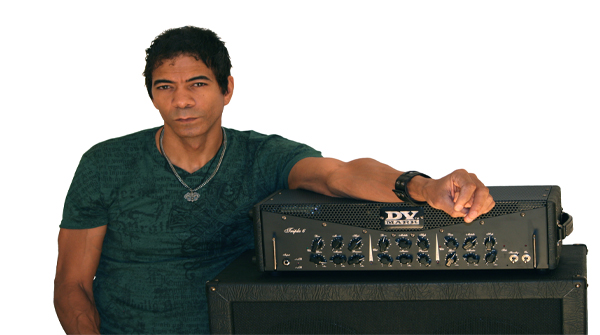 Greg's rig of choice is the Triple 6 (new release) head and the C412 Standard cabinet. He calls the 120W Triple 6 "an extremely versatile amp capable of delivering a variety of killer tones." He will travel to Italy in July to begin collaborating with Marco De Virgiliis and the DV Mark team on a signature amp to be released next year.

Check out Greg playing through his rig and sharing his comments:

Greg Howe started playing the guitar at age 10-and by his middle teens, after discovering Van Halen, became obsessed with the instrument. By his late teens, he was playing in a rock band with his brother Al on lead vocals. Over the next few years Greg honed his chops in clubs throughout the Northeast.

Greg Howe is currently in production for a vocal album to be released in September/October 2012, and constantly active with guitar clinics, trade shows, and tours around the world.