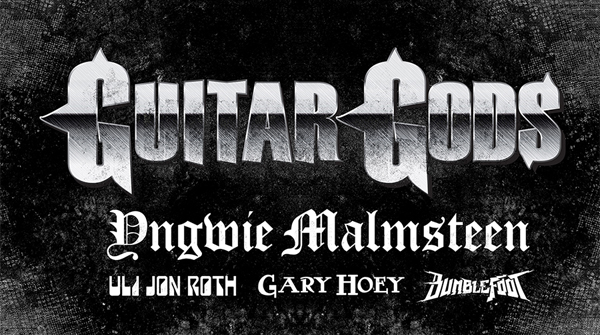 Headlined by Malmsteen and curated by his wife and manager, April, the tour is presented in partnership with Guitar Center and is being billed as an "epic celebration — six-plus hours — of the instrument for a full evening of guitar pyrotechnics."

"Being able to put together this festival has been a lifelong dream of mine," April Malmsteen said.

"I believe Guitar Gods will bring tremendous value and enjoyment to not only the guitar and heavy metal enthusiast, but also to anyone who loves music."

For more about the tour, visit www.yngwiemalmsteen.com.