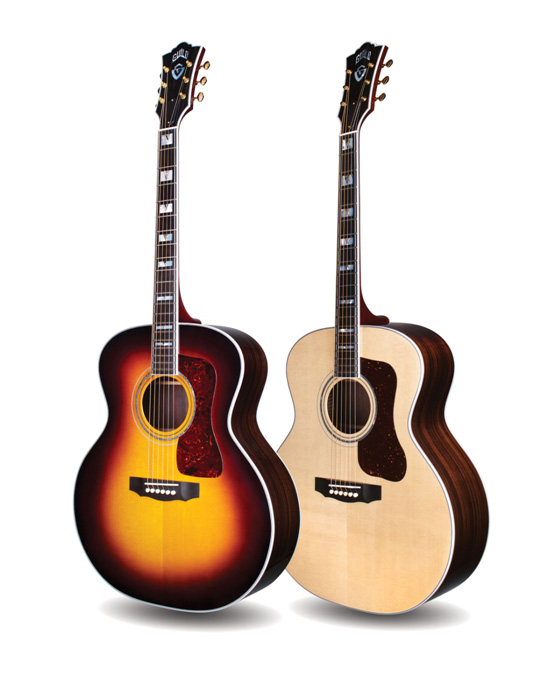 Oxnard, CA – Guild is excited to announce the re-release of its flagship USA-made jumbo acoustic, the F-55. Formerly known as the F-50R, the new F-55 is built in Southern California and features a tight-grained solid AAA Sitka spruce top, solid Indian rosewood back and sides, and scalloped Adirondack braces for powerful volume and exceptional warmth, separation and clarity. Its strong, focused bass response, combined with sweet, singing mids and crisp highs give it a distinctive Guild voice that truly sets this guitar apart from all others.

Established in 1953, Guild is one of the world’s historic guitar manufacturers with a long-standing reputation for building iconic musical instruments. From the New York jazz scene in the 1950s, Richie Havens’ legendary performance at Woodstock, to Seattle’s Kim Thayil of Soundgarden, Guild guitars helped create some of the greatest music in history. With a tradition built on old world craftsmanship, quality, and value, Guild guitars have always been made to be played.