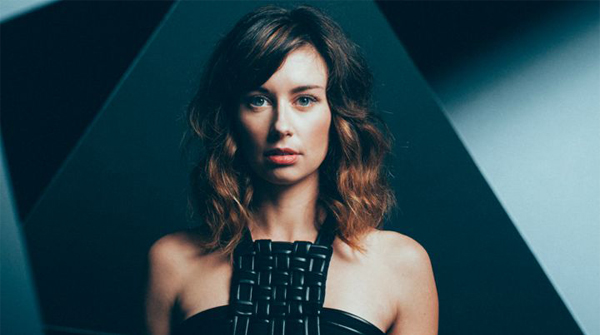 Guild Guitars is excited to welcome up-and-coming singer-songwriter Lera Lynn to the Guild family. The Nashville based multi-instrumentalist is quickly rising in the music scene with her talented songwriting, alluring vocals, and warm, at times dark, atmospheric sound. She most recently appeared in and cowrote tracks for season two of HBO’s hit series True Detective, just released an album in April, and is currently touring the UK with a follow-up tour in the USA later this summer.

Lynn's roots incorporate south Texas, Louisiana, and Georgia where she studied at the University of Georgia. Her first break came in 2011 with the release of first her LP, Have You Met Lera Lynn? Breakout track “Bobby, Baby” won best alternative country song at the Independent Music Awards and Merlefest’s 2011 Chris Austin Songwriting Competition. With 2014's EP Lying in the Sun, Lynn proved her engineering and producing abilities, setting the stage for her later success. She released her sophomore album, The Avenues later that year, which landed on numerous “Best Albums of the Year” lists, including Rolling Stone, Huffington Post, and American Songwriter. Lynn has been met with a flurry of musical accomplishments since then, including appearances on David Letterman, NPR’s A Prairie Home Companion, and showcases at major festivals like Stagecoach and Americana Music Fest. Lynn’s newest album, Resistor, has already received glowing reviews from Rolling Stone and NPR.

Lynn currently plays and tours with a vintage Starfire and a new T-50 Slim. She sings praises for both guitars, recently telling Guild;

“My Starfire has a tone like no other electric guitar I’ve owned or played. It’s so responsive to touch and at once makes the creamiest, thickest, most ballsy cut-thru sounds. I play with a lot of dynamics so this guitar is absolutely perfect for me. It’s a champ for all; haunting, sparse, rock & roll, country, jazz… You name it, the Starfire owns it. I truly love that guitar.”On her T-50 Slim, Lynn said it’s great “because it can achieve electric guitar sounds of course, but it can also be used more like an acoustic, making my life on the road much more simple.”

"Lera embodies all of the qualities I look for when working with a new artist”, said Guild Artist Relations Manager Amilcar Dohrn-Melendez.

“She seamlessly combines the unadorned grit and pulse of Americana roots music, with a haunting vocal style that keeps the songs the dark and personal. She’s a welcome, distinctive addition to the Guild artist roster and we’re thrilled to work with her.”

For more information on Lera Lynn.