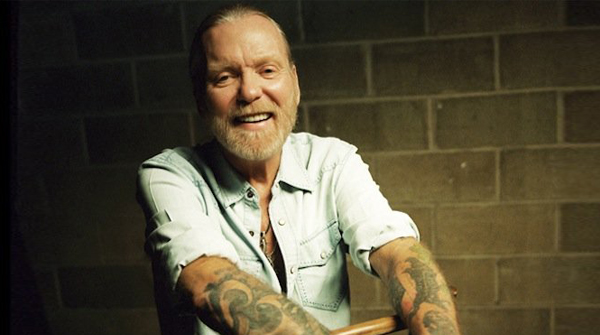 Gregg Allman, singer and founder of The Allman Brothers Band, has revealed his intentions to put out a new solo record which he plans to begin recording before the end of the year.

The new project would follow-up on 2011’s ‘Low Country Blues,’ which marked the bluesman's first solo release in over 14 years

Allman said of the possible new album release (via Hennemusic):

“If I try to do it… it’s kind of like, you know, the donkey and the carrot,” he says. “Something has to spark your interest. Could be, sometimes I just hear a rhyme in my head, you know? Where it comes from I don’t have the slightest idea. I could imagine they’re god-given.”

“I do believe in my heart that the song’s gonna come out… it’s like anything else: you get out of it what you put into it, I guess,” he ponders.

“Some of them just come like gangbusters. Like ‘Midnight Rider’, less than an hour. And I never went back and changed one word. Just, bam bam. Showed it to the band the next day and boom. It’s done.”

The Allman Brothers will launch a late summer tour that will include dates with Steve Winwood, and Grace Potter & the Nocturnals - check out details here.