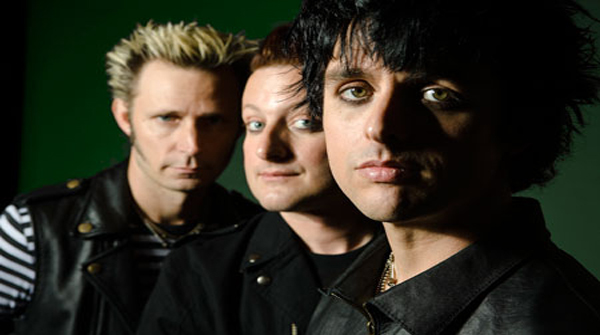 Green Day to Perform 'Dookie' in full at this weekend'sReading Festival -

This weekend's Reading festivalwill see Green Day perform their 1994 seminal album,'Dookie' in full. The set will take placeat 12pm on the Radio1 stage.

The band confirmed the news yesterday along with details of a UKtour which will kick off at Arsenal football club's home ground,the Emirates Stadium in North London on June 1st.

The band broke the news last night on BBC Radio 1 (via NME),their currently in the UK as part of a short European tour. They'realso set to appear at London's O2 Shepherds Bush Empire tonight(Aug.23). The set will take place at 12pm on the Radio1stage.

"Hello England! What rhymes with shredding??!!" It will be theband's first appearance at the festival since headlining in2004."

Green Day will then perform another surprise showat Le Trianon in Paris on Monday (August 27).