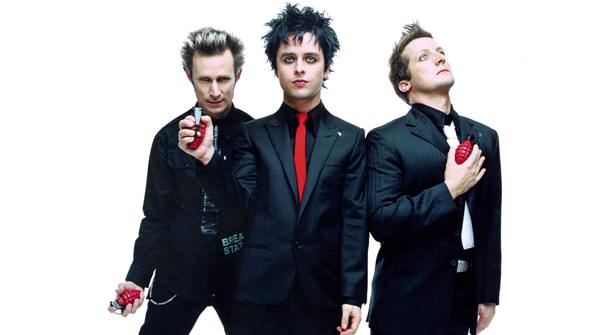 A young Green Day fan is more than likely still pinching himself this morning after joining the band on stage to play guitar at a show in Chicago last week.

According to reports Thomas Bulvan was holding sign that read 'I can play every song on Dookie', however, we doubt the ambitious young guitarist was expecting frontman Billy Joe Armstrong to call him on stage to prove it.

Armstrong announced over the microphone to the Aragon Ballroom after inviting the pink haired musician/fan on stage;

"Every dream you ever had is now going to be a nightmare" – he then handed him his iconic Fernandes Stratocaster Blue to play Dookie classic, 'When I Come Around' with Thomas making the very most of the opportunity by leaping on to speaker before beginning to play.

In related news it was announced earlier this month that the punk icons will headline the British Summer Time festival bill at Hyde Park next July.