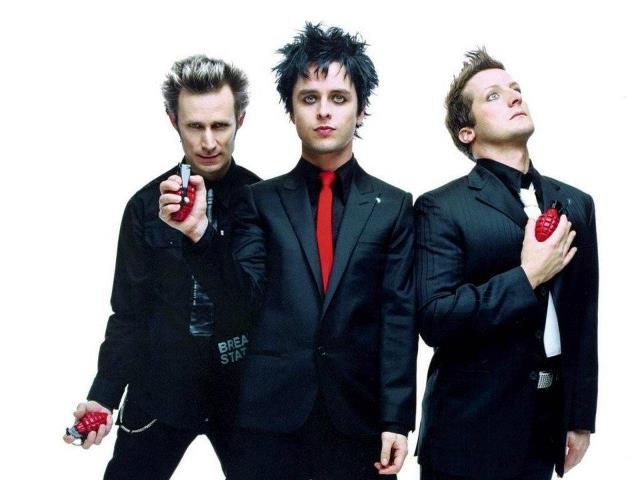 The band are currently working on their trio of albums '¡Uno! ¡Dos! ¡Tré!', which are due out across the end of this year and will headline the three-day festival as part of the release celebrations.

'¡Uno! ¡Dos! ¡Tré!' will be released in three stages, with the first album coming out in September, the second in November and third and final album on January 12 2013. Voodoo Music Experience takes place from October 26 - 28 and so comes after the release of '¡Uno!' and before '¡Dos!' comes out. Green Day are the only band confirmed for the festival so far.

Green Day will also play headline shows at Japan's Summer Sonic festival and France's Rock En Seine in August and a headline slot at I-Day festival in Bologna, Italy on September 2 as well as three shows in Germany in late August.

Although the band currently have no UK dates scheduled, their American Idiot musical will tour later this year. The show will hit the UK for three months, ending with a two-week run at London's HMV Hammersmith Apollo in December.