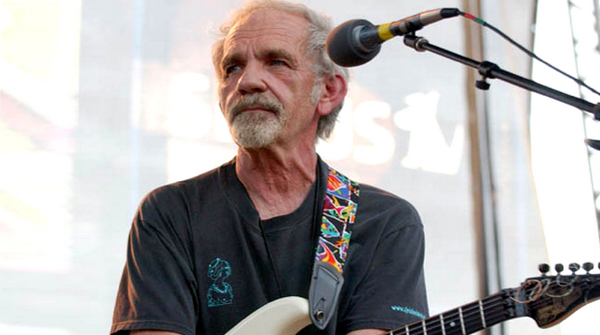 Grammy Award winning US songwriter JJ Cale dies at the age of 74.

Cale, who was a pioneer of the popular 'Tulsa Sound' movement of the late '50s and early 60s, was one of the most gifted songwriters of his generation releasing 14 studio albums between the years of 1972 and 2009.

However his compositions tended to fair better when covered by more established 'household' names such as Tom Petty who covered 'Travelling Light' plus Johnny Cash and Lynyrd Skynrd who both released renditions of 'Call Me The Breeze' and of course Eric Clapton.

Clapton was Cale's longtime freind and musical associate he covered Cale's tracks 'After Midnight' in 1970 and 'Cocaine' in 1976. The pair released an album together more recenly in 2006 titled 'The Road To Escondido', which won a Grammy for best contemporary blues albu

In an interview from the time, Cale admitted (via NME):

"I'd probably be selling shoes today if it wasn't for Eric."

"Basically, I'm just a guitar player that figured out I wasn't ever gonna be able to buy dinner with my guitar playing so I got into songwriting, which is a little more profitable business."

Cale passed away at 8pm local time on Friday (July 26) at a hospital inLa Jolla,California, an announcement on his website confirmed, after suffering a heart attack.