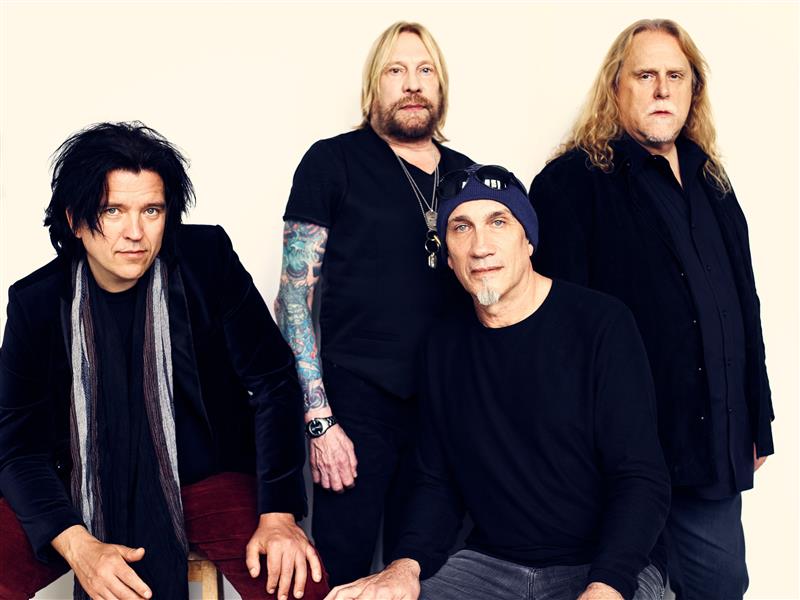 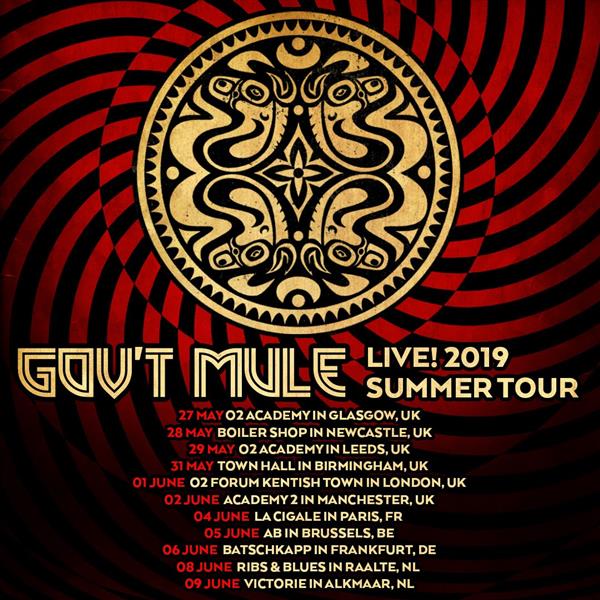 Gov’t Mule will be returning to Europe in May for a run of 11 show as part of their international ‘Spring Tour’, beginning in the UK and calling through France, Belgium, Germany and finishing in the Netherlands.

No two Gov’t Mule shows are alike, as the band draws on the more than 300 songs in their repertoire (and often a host of special guests) to create a unique experience each and every time. Warren Haynes [vocals, guitar], Matt Abts [drums], Danny Louis [keyboards, guitar, and backing vocals], and Jorgen Carlsson [bass] – has galvanised a global fan base with their improvisational virtuosity, leading them to be recognised as one of the most timeless and revered bands in the world.

In true road warrior style, the last 18 months have taken them around the world playing across the US, Canada, Jamaica, Austrailia and Europe including festival performances at Notodden Blues Festival (Norway), Ramblin’ Man Fair (UK) and BluesFest (UK). This has seen them play shows with Black Stone Cherry, The Avett Brothers, Blackberry Smoke, Robert Randolph & The Family Band, The Magpie Salute, The Marcus King Band, Kenny Wayne Shepherd and they ended 2018 with Warren Haynes Christmas Jam which featured Eric Church, Jim James, Joe Bonamassa and Dave Grohl.  Grohl joined in for a rendition of the classic Nirvana song ‘All Apologies’