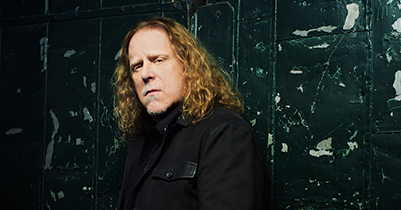 Warren Haynes was just 16 when The Band staged its 1976 farewell concert "Last Waltz." Four decades later, the Gov't Mule guitarist is to pay tribute to the "timeless" quality of The Band's music with a weekend of shows at the Saenger Theatre, New Orleans.

A long-time fan of The Band, Haynes stated in a recent interview that "The Band's music is better now than when they were making it." He feels that "(Last Waltz) sounds less dated than ever. It sounds even more timeless now." The original "Last Waltz" was staged at the Winterland Ballroom, San Francisco on November 25th 1976, and featured special guests such as Dr. John and Bobby Charles. The horn charts were written by Allen Toussaint, and Haynes is keen to honour the memory of the late Toussaint with his updated version of the show.

The shows will centre around the original concert itself, as opposed to focusing solely on the live album version or the 1978 Martin Scorsese-directed film. The aim is a looser, more personal interpretation of the music, as Haynes explains: "I expect there to be a lot of impromptu happenings...We'll have some sort of roadmap of what's going to happen. At rehearsal that will change. And it will change again at show time." With this in mind, fans can look forward to varying set lists and "superstar surprise guests" at each date.

Haynes will also be appearing with Gov't Mule at the New Orleans Jazz Fest on Friday, closing the opening day of the festival with a set around 5:25pm, before he embarks on his "Last Waltz" weekend.

For dates and availability check out -