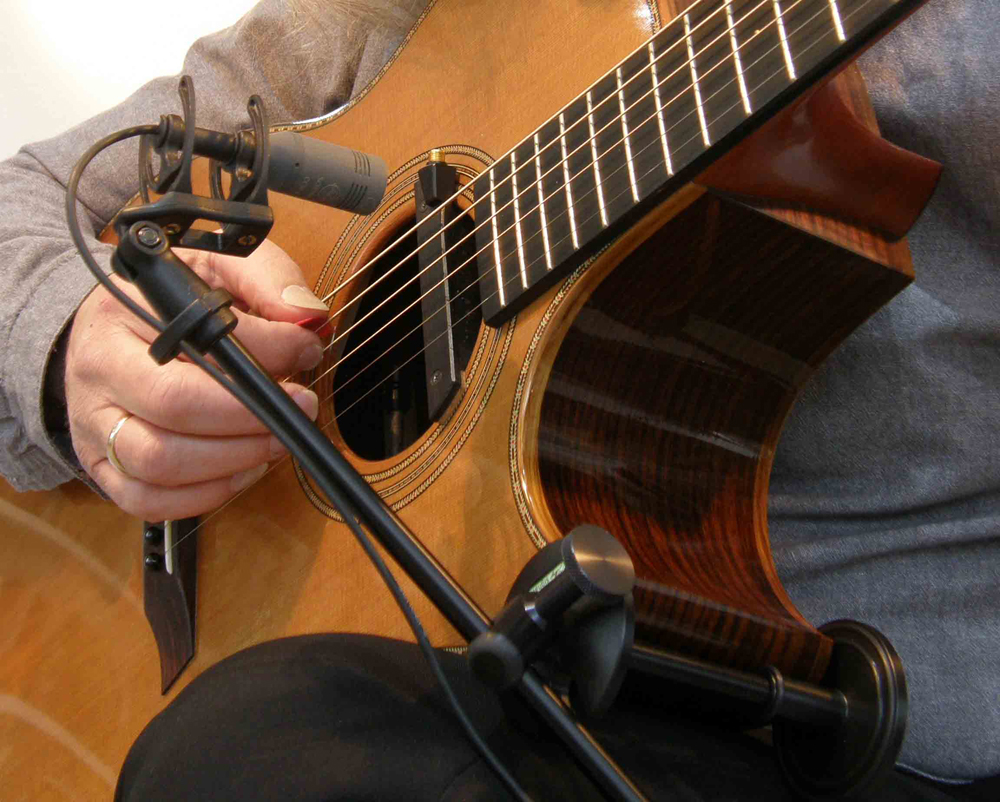 Guitar legend, Gordon Giltrap, has joined forces withExploraudio to produce a version of their H-clamp instrumount tofit the whole range of Guitars he plays, from electric to jumboacoustic.

Gordon first saw the H-clamp being used on stage some years agoand was immediately impressed but it was not until he embarked on anew recording project that he decided to try one on therecommendation of a close friend and highly respected musictechnician. His conclusion after using the H-clamp was: "It's theperfect way to use any mic with a guitar, you can set it up inseconds and then just forget about it. The H-clamp holds the mic inthe 'sweet spot' for ideal tone and stays there, motionless,however much you or the guitar move around during theperformance."

The 'Giltrap Signature' H-clamp has an adjustment range to fitguitar bodies from 43mm to 122mm in depth and is based on the mostpopular H-clamp model, the H-clampLight. Manufactured to aerospacetolerances in the UK using high performance polymers and aluminium,the H-clamp is both light and very strong, yet its design harksback to the cramps used by luthiers for centuries.

This fusion of tradition and 21st century technologyinto a simple, minimalist device has resulted in a product withunrivalled versatility that can be mounted quickly and securely tothe widest possible range of instruments. Its luthier's crampdesign heritage ensures a tight grip without damaging theinstrument - the luthier's cramp must press an instrument's seamstogether very tightly while the glue sets but still be 'gentle' onthe instrument at all times.

The beauty of the H-clamp is that it works equally well witheverything from low budget to high end microphones and fromlavalier to large capsule condensor mics. Teamed with one of theincreasingly impressive low cost mics on the market it makes a verycost-effective 'entry-level' solution for home studios and livegigs but it's also ideal for professional recording studio andbroadcast applications with the highest quality mics available.

Exploraudio was founded in 2006 to develop products thatsimplify the process of capturing and/or reproducing musicalperformances to give maximum freedom of expression. Therevolutionary H-clamp was the first of these products and remainsthe core of the business. The quest for improved sonic performanceand ease of use across the chain from performer to audience is nowtaking the company into collaborations for electronic productdevelopment with successful musicians and leading industryfigures.