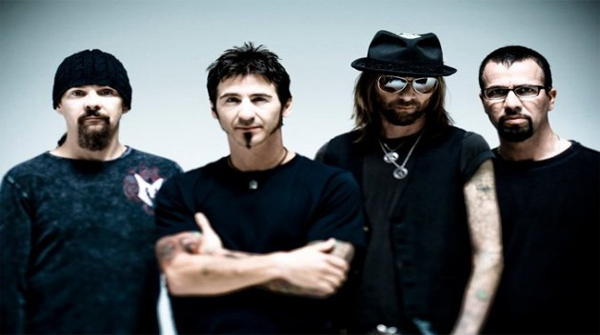 Godsmack have announced that due to the continued vocal issueswith frontman Sully Erna they've been forced to cancel theremaining dates of their European tour, reports MetalTalk

The Massachusetts metal set have only been able to perform two oftheir planned fourteen shows in Europe brining an abrupt end to theband's first European tour in nine years.  The vocalist wasexamined by throats specialists in the US and was warned not tosing for several weeks in order for his vocal cords to heal.

Sully said in a statement:

"Sorry, Europe. Seems like we can't catch a break there lately.London, you were one of the best crowds we've played to in a verylong time.... Belgium, you were awesome as well. As for the rest ofyou in Europe that we weren't able to reach, I promise you we'll beback!! For now it's lots of rest and fluids for me until my vocalspecialist clears me to sing again. My deepest apologies Europe!You'll see us again. Thanks for your support andunderstanding."