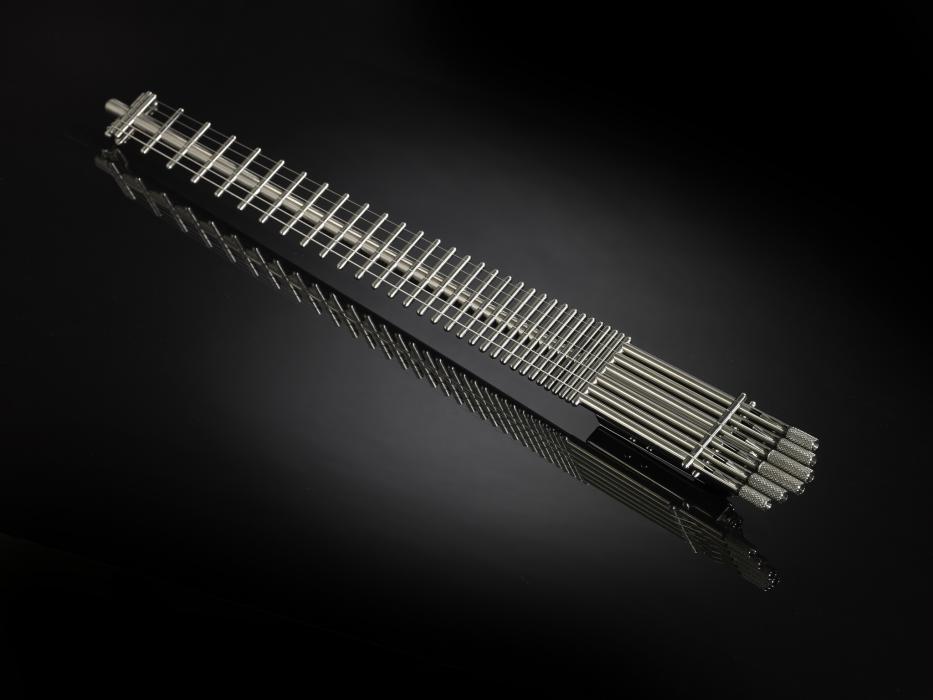 Iconic guitar brand Gittler has announced some updates and improvements to the forthcoming range of guitars due to be released later this year. This shipment will be the first guitars distributed by Gittler since they announced their return to guitar building last year.

The original Gittler Guitar was invented in the 1970′s by Allan Gittler and received U.S. patent 4079652. His basic approach was to subtract as many unnecessary features as possible from the traditional electric guitar. By paring the instrument down to the point of pure function, it would then become more responsive to every nuance of playing, however subtle. By doing away with not only the body but most of the neck (including the fretboard) and all volume and tone controls, he was able to work towards his finished product; a 29″ long, 3″ wide, stainless steel guitar weighing less than 5 pounds.

Allan Gittler created 60 of these guitars, as well as 3 prototype basses back in the late 1970′s and early 1980′s. So striking was the finished product that it was purchased by MOMA in New York City for their permanent collection and by Andy Summers of the Police (who played it in the Synchronicity II video). Allan Gittler then emigrated to Israel and adopted his Hebrew name, Avraham Bar Rashi.  After an unsuccessful partnership and a short-lived attempt to revive the instrument, the guitar entered into the canon of iconic design and became legend. Bar Rashi passed away in 2003, leaving his children to carry on the family tradition of music and design. Yonatan, his eldest son, is now a partner in Gittler Instruments LLC as well as a brilliant percussionist and touring musician.

The first batch of Gittler Guitars are scheduled for shipment

between September and October 2013!

Below are the latest improvements achieved: