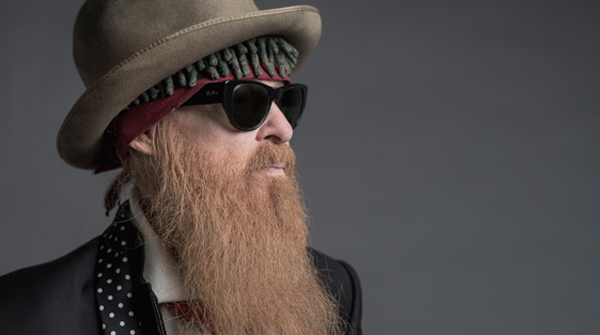 Gibson Custom is launching a new signature guitar — the BGSG, which is short for the Billy Gibbons SG. The guitar is based on a 1961 Gibson SG, complete with a sideways vibrato arm. The body of the guitar has a unique design which sort of mimics the swell of a tail fin on a vintage Cadillac, and is covered in a golden lacquer. Only two of these beauties have been built so far.

Gibbons says the BGSG “came about following discovery in Paris of a mint example of the transition Les Paul produced in 1961. The feel of the instrument maintained power and balance and the sound was right. That ignited my resurgence in interest of the guitar’s glamorous appeal.”

The BGSG does not have a pickup selector, opting to use separate volume knobs for each pickup, and a joint tone control. “The straight-ahead assignment of one master tone control allows a personalized blend between the twin pickups,” says Gibbons before concluding “It’s another example of Gibson's ‘less-is-more’ greatness.”

The guitar will be sold through an exclusive arrangement with Neiman Marcus, who will include the BGSG in their winter holiday catalogue.