Gibson Through The Lens at the British Music Experience 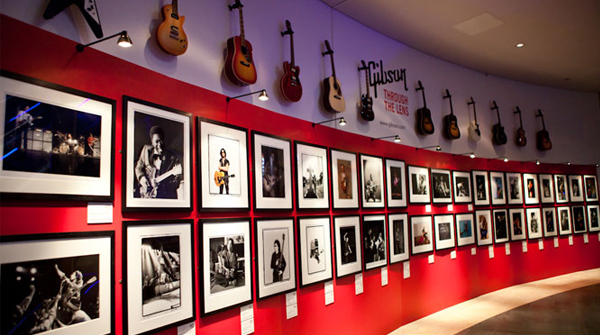 A trove of rare and vintage photos of iconic musicians such as Elvis Presley, Jimi Hendrix, Eric Clapton and Kurt Cobain are currently part of an exhibition at the British Music Experience.

Titled "Gibson Through the Lens" the images are meant to capture Gibson guitar greats enjoying moments with their guitars - either backstage, at home or live at stage.

Some of the stand out shots feature Elvis Presley clutching his Gibson J-200 Acoustic and a black and white photograph of Jimi Hendrix with his Gibson Flying V.

Dave Brolan, a celebrated music photography archivist, is the mastermind behind the exhibit.

"It's amazing that such a great photo had been overlooked since 1968," he said.

"All of the photographers got really excited by the concept and took time to revisit their archives with us to search out photos of artists with Gibson or Epiphone guitars, to this day I have photographers calling me and saying they found a great Gibson shot, then they tell me who the artist is!"

The exhibition will run until 31 January at the British Music Experience, located in London's O2 Arena.