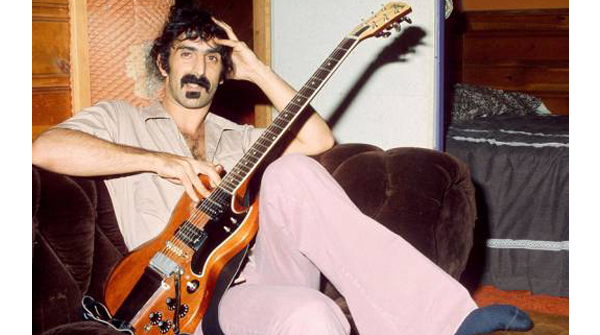 Dweezil Zappa has been working closely with Gibson to produce aprototype model, which replicates one of Frank's most iconicinstruments the 'Roxy SG'.

Dweezil has registered the instrument in theguitarvaults, awebsite he launched last month which allows guitarists to putdetails of their instruments online to help track them down in theevent of loss or theft.

The link to the guitar's profile page is here:  http://bit.ly/FrankZappaRoxySG

Speaking of the guitar's development he said:

'It is an exact replica of Frank's 'Roxy era' guitar, whichstarted its life as an SG Special with P90s and no trem. Franktweaked it a lot in the early 70s and it morphed into thisconfiguration by '74. It later ended up with a mirror pick guardover the whole body and some advanced electronics. I decided tohave it reproduced to match Roxy/Apostrophe era since this is howthe guitar looked and functioned at that time.'

Fans will get their chance to see the guitar when Dweezil takesit out for a 'test drive' on his upcoming European and UStours.