Gibson Name Their Top Ten Riffs of The '80s - 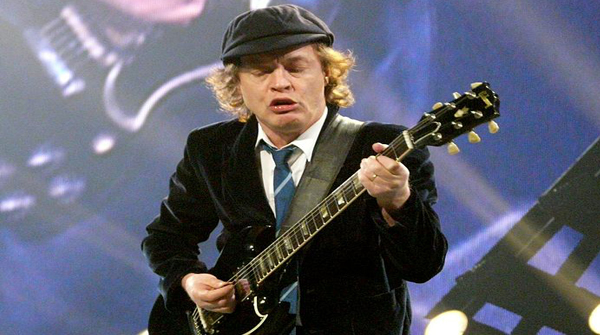 Gibson Name Their Top Ten Riffs of The '80s-

Gibson Guitars have listed their top 10 guitar riffs of theeighties and, unsurprisingly, have named Gibson endorseeAngus Young's power chord laden rifffeatured in 'Back In Black' as their #1.

Three of the ten were featured on tracks released in 1980, with afurther three released in 1981 and one each from 1982, 1983 and1984. Only Slash's contribution toGuns n'Roses classic 'Sweet ChildO'Mine' is listed from the latter half of the decade.

"The phenomenon known as the riff has the power to make adecent song great, and a great song an all-time classic.

"The form really began to flourish in the 60s at the handsof Dave Davies, Pete Townshend, Keith Richards and otherpredominately British guitar legends.

"The 80s kept the tradition running with guitarists fromdecades past still flexing their muscles alongside a breed likeSlash and Vivian Campbell."