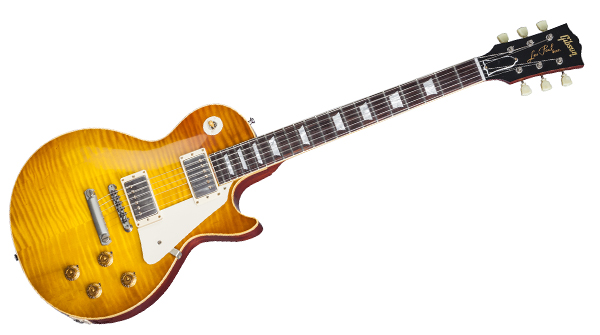 Gibson Custom announces the release of the limited edition Mark Knopfler 1958 Les Paul guitar, a precise replica of Knopfler’s beloved ’58 that accompanied him on stage and in the studio since the 1990s. Created in close collaboration with the esteemed singer, songwriter and Dire Straits front man, the limited release will include 300 models, 50 of which are delicately hand-aged by Gibson Custom and signed by Knopfler himself.

A rare and expensive guitar, Knopfler added his original 1958 Gibson Les Paul to his collection in 1995. The guitar can be heard on such classic albums as Sailing to Philadelphia, Shangri-La, Kill to Get Crimson, Get Lucky, Privateering and Tracker. It has been a constant companion on the road with Mark since the Golden Heart tour in 1996 up to and including his most recent outing with the Tracker album in 2015 and has also featured in many other onstage appearances.

“When I checked the first prototype of my ’58 Les Paul Artist Historic Replica from Gibson Custom, it sounded so good and played so well, I used it straight away on a recording session,” said Knopfler.

“I thought the second prototype couldn’t possibly be as good as the first but I was wrong. These are amazing guitars.”

Available in a limited release, the model will be available in both true historic and standard historic editions. The true historic model, created at replica-level, will include a limited run of 50 guitars that are skillfully aged by Gibson Custom and signed by Knopfler himself. The standard historic models will include 100 aged guitars in the limited release, as well as 150 vintage gloss guitars. Issued with great detail to the original, all models will also include a certificate of authenticity.