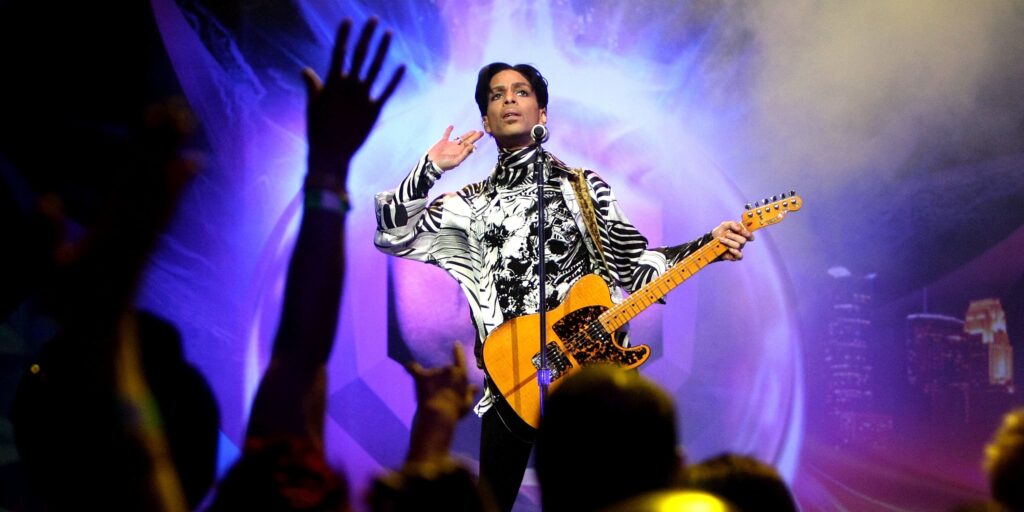 It's now been a year since musical icon Prince passed away. The Minnesota born legend was found at his Paisley Park complex a few days after leaving hospital having overcome what was described as 'sever flu.'

Prince's influence and musical prowess will be remembered for years to come and to mark his anniversary the Gi team have put together what we believe to be his top 5 most memorable moments that occurred throughout his ever-eclectic life and career.

1. Performing arguably one of the greatest Superbowl halftime shows in history during Superbowl XLI.

2. This searing, stunning solo during the Rock and Roll Hall of Fame induction ceremony of 2004. Prince along with Tom Petty, Steve Winwood, Jeff Lynne and others perform 'While My Guitar Gently Weeps' as atribute to late Beatles man, George Harrison.

3. Prince shreds through a cover of the Rolling Stones 'Honky Tonk Woman' circa 1993.

4. Upstaging both Michael Jackson and James Brown at the Godfather's own show.

5. Prince jamming with Larry Graham of Sly and the Family Stone for Spanish television show Septimo in 1999.