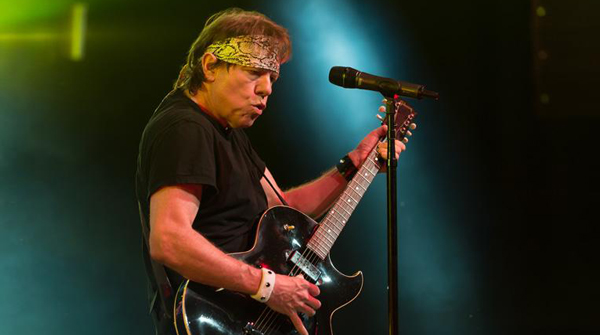 A new live DVD featuring George Thorogood & The Destroyers performing at the world renowned Montreux Jazz Festival for the very first time will be released on November 19th through Eagle Rock Entertainment.

In 2013, George Thorogood & The Destroyers finally brought their hard-rockin’ blues to the prestigious Montreux Jazz Festival for the first time -- an event that hosted many of the artists that inspired them. Delivering a high-octane performance as only they can, the band delved into their rich repertoire, performing songs stretching back to their eponymous 1977 debut album, right up through their most recent releases. “Who Do You Love?” “One Bourbon, One Scotch, One Beer,” “Move It On Over,” “Bad To The Bone,” -- these classic and many others are all performed to perfection on Live At Montreux 2013.

Since the mid-seventies, George Thorogood & The Destroyers have solidified a legacy as musical icons. With their all-American brand of Rock ‘N’ Roll, they have achieved massive success, with 16 studio albums and worldwide sales of over 15 million. Taking cues from ‘50s Chicago blues, and drawing inspirations from the likes of Elmore James, Hound Dog Taylor, and Chuck Berry, Thorogood & The Destroyers cranked the volume, intensity, and rebellious attitude. Live At Montreux 2013 brilliantly showcases their long-overdue debut at the famed jazz festival, and is an incredible addition to Eagle Rock’s Montreux collection.