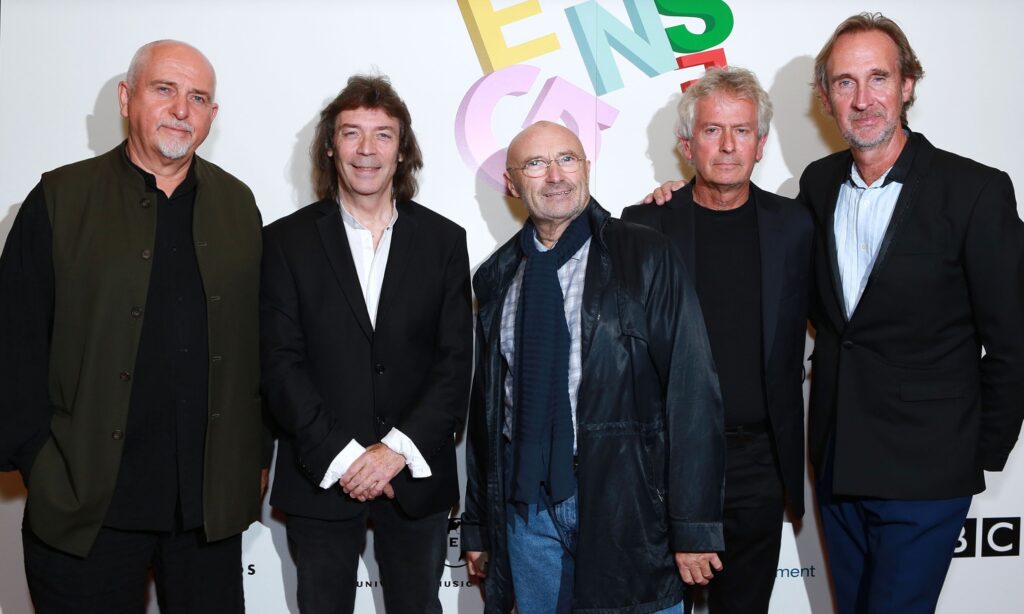 After more than 300 million album sales, the current rediscovery of the hugely successful and influential Genesis continues with the DVD and Blu-ray release of an official career-spanning documentary Sum of the Parts which will be released on January 13, 2015 on Eagle Vision.

Featuring contributions from key members past and present Tony Banks, Phil Collins, Peter Gabriel, Steve Hackett, Mike Rutherford and Anthony Phillips, as well as a wealth of archive performance footage of the band’s biggest tracks and fan favorites, this first official study of the band’s history commences with their formation at Charterhouse in 1967 and reunites the band for the first time in many years.

Produced by Eagle Rock Film Productions and directed by John Edginton, the film recounts an extraordinary musical story, exploring the band’s song writing as well as emotional highs and lows, alongside previously unseen archive material and rare performance footage from across their entire career.

Sum of the Parts explores the dynamic between the band members that have enabled them to survive numerous line-up changes alongside solo careers outside of the band.

The remarkable story encompasses their visionary influence as the leading lights of progressive rock with landmark albums such as Foxtrot, Selling England By The Pound and The Lamb Lies Down On Broadway; the huge crossover success of the Eighties and Nineties which saw them hit the upper reaches of the singles charts with era-defining hits such as “Turn It On Again,” “Invisible Touch,” “No Son of Mine,” and “I Can’t Dance”; and through to their 2007 Turn It On Again comeback tour which included a show in front of 500,000 people at Rome’s Circo Massimo.

Sum of the Parts contains the BBC’s Together and Apart documentary, which aired on October 4. It adds more than 30 minutes of previously unseen footage, and represents the perfect DVD and Blu-ray companion to the 3CD anthology R-Kive which was released by Warner Music Group / Rhino on September 30.

“We’re the only band, I think, that have managed the solo thing and the band thing for quite a few years side-by-side, and made it a plus rather than a problem,” says Mike Rutherford. Peter Gabriel concurs:

“I think when we got it right we had something that none of us could do on our own. And there were different musical histories merging together in a powerful way.”

Tony Smith, Genesis Manager: “It’s fascinating to see the breadth, diversity and worldwide success of the songs and compositions that have come from this one group of people, in this truly unique film”

Genesis - Sum of The Parts